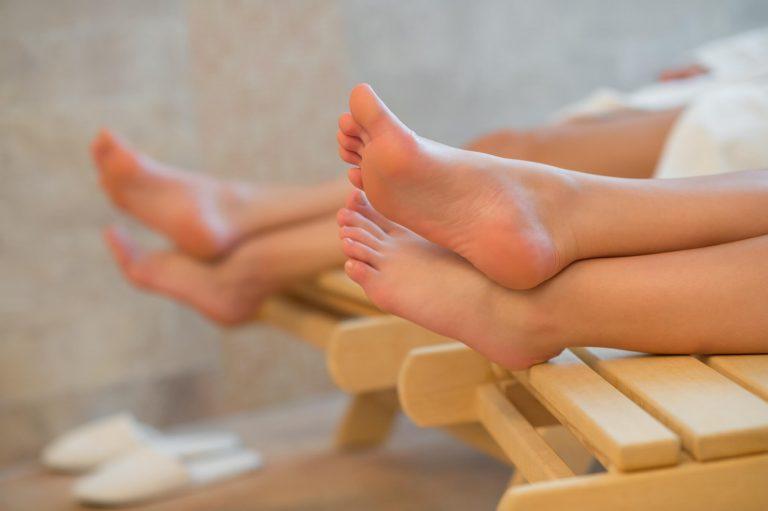 At the Vittori Foot & Ankle Clinic, we provide professional treatment for a large number of common foot conditions, syndromes, and diseases in Southwest Chicago. Feet play an integral role in a vast number of everyday functions: they allow you to walk, jump, run, and balance. Constant use over the years and the pressure of carrying the weight of the body can lead to wear and tear and the development of many, varied foot diseases, conditions, and syndromes. Injuries, infections, and structural changes in the foot can all lead to the development of foot problems.

The structure of each foot is immensely complicated: they consist of 33 joints, 26 bones, and in excess of a hundred ligaments, muscles, and tendons. Foot conditions can affect one or more parts of the foot, causing you to develop a varied range of symptoms, from a complete loss of mobility to aches, pains, and stiffness. Suffering from a disease of the foot can be painful, disabling, and worrying, but often it’s possible to treat the disease and reduce the symptoms, so you can lead a better quality of life. Here at the Vittori Foot & Ankle Clinic in Southwest Chicago, our trained podiatrists can diagnose and treat common and rare foot diseases and help you to manage or recover from your condition with the support of professionals.

Here are some of the conditions, diseases, and syndromes that you can visit the foot disease podiatrists at Vittori Foot & Ankle Clinic for:

Blue toe syndrome, otherwise referred to as purple toe syndrome or trash foot, is a painful condition that affects one or multiple toes. The syndrome is common in people aged 50+ and is the result of small blood vessels in the foot becoming blocked, which causes oxygen and blood flow to reduce. Commonly, this blockage is due to plaque or cholesterol crystals becoming stuck; this can occur spontaneously or after surgery or certain medical treatments. The limited flow of oxygen can cause the toes to change to a blueish color, and the tissues to die. Symptoms of blue toe syndrome include severe pain, foot pulses, and discoloration. Computed tomography angiograms and ultrasound scans are effective ways to diagnose blue toe syndrome. Once diagnosed, blue toe syndrome can be treated with stent insertions, medications, or bypass surgery. Blue toe syndrome needs to be treated quickly to prevent irreversible damage that may require amputation.

Gout, or gouty arthritis, is an inflammatory arthritis that typically affects the joint located at the big toe’s base. Normally gout occurs due to a uric acid buildup. Symptoms of gout include pain, redness, swelling, and tenderness, that are caused by the formation of crystals in the joint. Attacks of gout can appear quickly and without any prior indication, and then reoccur on multiple occasions in the future. Over time, gout can cause damage to tissues in the foot. Blood scans, joint fluid tests, and ultrasound scans are commonly used to diagnose gout. Treatment for gout can include medications like nonsteroidal anti-inflammatory drugs, which help to lower pain and inflammation; it’s possible to decrease uric acid production with medication.

Grierson-Gopalan syndrome, or burning feet syndrome as it’s also referred to, is common in women and typically develops between the ages of 20 and 40. The medical condition involves a number of symptoms where patients experience a mild to severe burning sensation in their feet. The uncomfortable and often painful sensation is normally more prominent during the night, and primarily affects the soles of the feet; although patients may also experience heat as far up as their lower legs. Increased skin temperature, aching, hyperesthesia, vasomotor changes, and sweating are all associated with Grierson-Gopalan syndrome. There are many causes of Grierson-Gopalan syndrome, including tight footwear, allergies, infections, metabolic disorders, nerve damage, stress caused by injury, erythromelalgia, and athlete’s foot. Treatments for Grierson-Gopalan syndrome are as varied as the causes of the condition, and include the following: medications, physical therapy, orthotics, exercise, topical creams, and elevation. Surgery may be required if conservative treatment is unsuccessful.

Heel pad syndrome – also known as heel fat pad syndrome, heel fat pad atrophy, and heel pad atrophy – develops when part or all of the heel fat pad becomes damaged. The condition is very similar to plantar fasciitis and the risk of developing it is increased when an individual is obese. Injuries, atrophy, and overuse can cause the fat pad to become thinner, smaller, inflamed, and worn, ultimately causing the syndrome to develop. Gait abnormality, inflammation, plantar fasciitis, and displacement are common causes of the condition. Pain that feels like a dull ache – typically towards the center of the heel – is one of the primary symptoms of heel pad syndrome; this pain may be more severe when walking on hard surfaces. Common treatments for heel pad syndrome include exercise and manipulative therapy.

Kaposi’s sarcoma, abbreviated to KS, is a form of cancer. KS is much more common in men, and is caused by HHV-8, which is a herpes virus. Normally, the first signs of KS are brown, red, or purple skin patches, nodules, plaques, or lesions, which can appear on many parts of the body including the sole of the foot. The symptoms of KS can also include nausea, breathlessness, pain, and swelling. KS can sometimes be diagnosed with a visual examination of skin, with the diagnosis confirmed using a biopsy. The treatment for KS will vary depending on the severity and position of the lesions. Antiretroviral treatment in conjunction with chemotherapy is a common treatment for the condition.

Kohler’s disease is a bone disorder of the foot that affects the tarsal navicular bone, which is located at the foot arch. Typically, the condition affects younger children between the ages of two and ten. The disorder is very rare and is brought on by avascular necrosis, which is the result of a loss or reduction in blood supply. The symptoms of Kohler’s disease include foot swelling, tenderness, and redness. Individuals with the disease may occasionally begin to limp. The symptoms are often enough to suspect Kohler’s disease and an x-ray can be used to confirm the diagnosis.

Maffucci’s syndrome mostly affects skin and bone and is identified by the presence of benign cartilage growths in bones (enchondromas), commonly in the feet and hands. Signs of Maffucci’s syndrome often appear by the time an individual has reached five years of age, although they can appear sooner. A common sign of Maffucci’s syndrome, that’s not present in similar conditions, is skin growths that consist of abnormal blood vessels, typically of a purple or red color. It’s important for patients with Maffucci’s syndrome to receive follow-up care in order to monitor changes to the growths or skin. Typically, Maffucci’s syndrome doesn’t cause major limitations on a patient’s ability to partake in normal activities.

Ollier’s disease, otherwise referred to as enchondromatosis, is identified by benign cartilage growths in bones (enchondromas). The rare disease often appears in the phalanges (small bones) and metatarsals (long bones) in the feet and hands, and in close proximity to growth plate cartilage. The disorder is often identified when an individual is between the ages of ten and twenty. Ollier’s disease results in small areas of cartilage remaining in bones after it should have become bone. There is no known cause of Ollier’s disease, but it can be diagnosed through an x-ray. Many factors can determine the best treatment for Ollier’s disease, including the age of the patient, their medical history, and their health. In some instances, surgery may be needed to straighten, support, or fix a bone.

Raynaud’s disease is a condition where blood circulation is limited in some parts of the body; it’s a result of a narrowing of arteries caused by the muscles that control the small arteries contracting. The condition can affect toes and fingers and leave them feeling cold and numb. Further symptoms of Raynaud’s disease include pain, limited motion, and pins and needles. The skin of the affected area often turns from white, to blue, and then back to normal as a response to the restricted blood flow, the reaction of the blood vessels, and the return of circulation. Medication can be used to prevent Raynaud’s and improve circulation. Other ways to prevent Raynaud’s attacks include keeping warm, eating healthily, regular exercise, and not smoking.

Sever’s disease, also known as calcaneal apophysitis, is irritation and swelling of the heels’ growth plate. The disease typically occurs after an injury to the growth plate, caused by excessive force on the tendons and muscles during sports and other activities. Sever’s disease is common in children between the ages of nine and fourteen who are going through a growth spurt. As well as irritation and swelling, further symptoms of Sever’s disease include redness, difficulty walking, and pain. Sever’s disease can be diagnosed based on the symptoms and patient’s medical history; an examination can help to confirm the diagnosis and an x-ray can be helpful in ruling out similar foot conditions. After diagnosis, treatment may include rest, ice therapy, orthotics, medication, exercises, elevation, and compression. Correct footwear, regular stretching, low-impact activities, rest after activity, and healthy eating can help to stop Sever’s disease from reoccurring.

If you have a disease of the foot or you’re worried about pain or problems in one or both of your feet, then it’s important to visit a foot disease podiatrist in Southwest Chicago as soon as possible. By achieving the correct diagnosis and putting in place an effective treatment plan early, many conditions can be managed.

For more information about booking an appointment with a Southwest Chicago foot disease podiatrist from Vittori Foot & Ankle Clinic, please don’t hesitate to get into contact with us. No matter the problem affecting your foot, we’ll help you to find some relief from the condition and start on the road to recovery.